During the month of August my artwork “Hunger” will be on view at the “Human Rights” exhibition 2013. 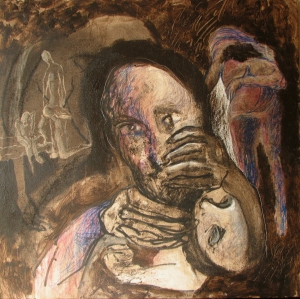 “Hunger” has its roots in the disgust caused by excessive intimacy with the self, a self that doesn’t stand itself. It brings about the right of desiring to get to the surface of one’s depths, confronting with the “realities of live being, that are rebuild every moment, that connect one day to the other, throwing bridges over gaps, over amorphous states and irretrievable absences” (Lucian Raicu, “Reflections of the Creative Spirit”). Seeking to portray the remains of personal seizures, “Hunger” also talks about the right to Self expression. END_OF_DOCUMENT_TOKEN_TO_BE_REPLACED